HitFilm Express is a visual effects and video editing tool ideal for amateurs and filmmakers who wish to produce films at home without the requirement of shelling out for a professional editor. Developed with a stylish UI, the tool allows users to import clips and improve them with outstanding sound and visual effects.

With the tool, users will be capable of applying enhanced tracking methods to showcase blaster impact, patching two scenes together to create realistic shotgun effects, creating iconic titles, and adding portal designs and lighting effects, particularly for sci-fi films. In this HitFilm express review, you will get all the details that are required to make an informed choice while buying the tool.

When starting with the software, the first question that pops-up in the mind of users is-is HitFilm Express safe? Of course, the tool is safe to use. To begin with HitFilm, users will require filling in a form with their email address and download the app via the link they get on their email. Users can then install it, after which they have to activate it by adding their details and restarting their device. It isn't very difficult, but it is more time-consuming as compared to a simple download. Yet, the app has a free trial version, so users cannot complain too much. 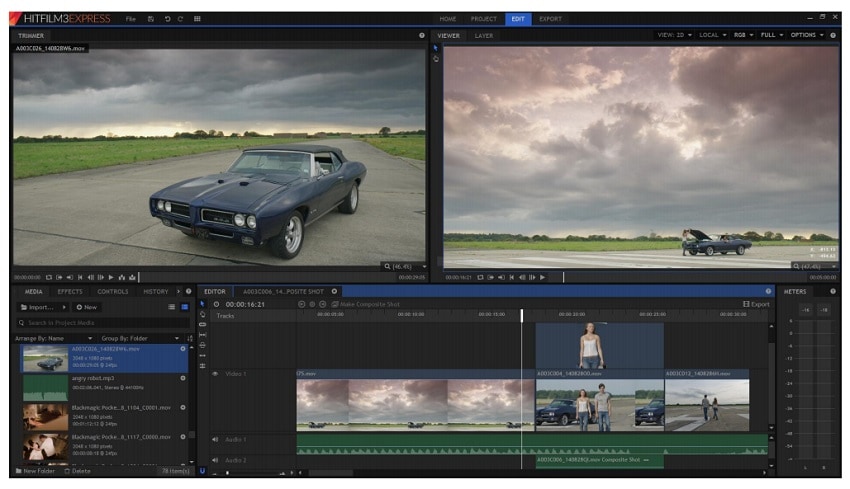 The main screen contains YouTube videos displaying users on how to utilize its features and showcasing the latest creations. There are also the unavoidable ads for FXhome's other services and offerings, as well as deals for buying and upgrading different upgrades. There are also some great sample clips displaying what users can do with the app, such as Portal Combat, which is a special effect offered by the app.

After opening the tool, users must see at two places, which are both in the top-left of the main interface. There is a huge, blue "user guide" option, which (as the name suggests) takes you to the big, comprehensive HitFilm 4 Express guide. From here, users can also go to its YouTube community and videos. The app's forum is crowded with discussions, and there are a plethora of helpful other users sharing tricks on how to make your films as good as possible.

The software has a free version, HitFilm Express, and a premium version, HitFilm Pro, which has a price tag of $299. The free version is basically a cutdown alternative to the Pro version. The Express version lets you purchase different optional extras that are included in the paid version. There are many of these, over 100, in fact. They cost in the range of $9.99 to $49.99, so if you are mulling over to purchase more than a couple, then it is better that you opt for a Pro version.

The paid version allows you to try out for as long as you love, but you cannot properly export videos. Users can have the Express and Pro versions set up together, and most of the time both the versions operate the same way. There is no match for the benefits of the free version, but while the Pro edition is not the most affordable tool out there, its features will expectedly be worth it if you are making professional videos. Obviously, you can start with the free edition and upgrade afterward if you hit its restrictions, or if you are trying to save some money right now.

Below is the HitFilm 4 Express intro for technical specifications and requirement:

Here are some advanced features of the software:

Shown in the HitFilm Express tutorial at the beginning of recreating Westworld-akin effects and scenes, the app offers a tool that lets users to alter the backdrop in their videos. This feature, which is named as sky replacement feature, can convert a dull winter-sky into a sexy sunset or a boring and flat plain into a breathtaking range of mountains.

HitFilm Express showcases one of its enhanced features which is offering users the power to track the moving objects' movement in their footages. Once they are capable of tracking how such elements or objects move, they will be capable of adding new objects that follow the same pattern of motion. This enhanced tracking feature of the tool is also employed in restoring the interface of devices or gadgets present in videos, wherein the new interface mimics the motion of those devices.

Animating 3D models are amongst the astonishing powers provided by these visual effects and video editing software. You can import their 3D models to animate and produce combat and transport vehicles such as the AT-AT walkers in Star Wars or All Terrain Armored Transport.

HitFilm Express is also integrated with layering and masking features that make the casting of a bunch of characters very easy. This is the method behind the making of a huge army in any war movie such as Star Wars. With the help of such a method, actors in a film are replicated within no time.

Using this software, effects such as Iron Man's iconic heads-up display can be reproduced with the help of particular framing and lighting; and you can even make your own edition of it. This and the ability to animate weapons with the help of portal and muzzle flash effects makes the tool well-matched for making incredible sci-fi action clips.

The tool is accessible for both Mac and Windows. Users will require a 64-bit system and at minimum Windows 8 OS. Mac OS X users require version 10.12 or more, while macOS users require a minimum version 10.13. CPU needs are not that steep. Users will require an AMD equivalent or 4th-egen Intel Core processor, with a minimum of 4GB of RAM. Users will also require a minimum of 1GB of video memory and at least an AMD Radeon R5 240, NVIDIA GeForce 600, or Intel HD Graphics 5000 GT3. Those cards were launched out in 2012 and 2013, so if your device is fairly new, you should not have issues. If it is older than this, it might be time for an update.

As per tests conducted by different users, a GTX 1060 6GB graphics card, an Intel i5-7600 CPU with 16GB RAM, and an SSD for storage was best suited. The performance was outstanding when editing, with no notable issues or lags. Users also found the quality of preview video images acceptable at all times. Doing things was usually snappy and quick, considering the hardware requirements are topnotch.

Wondershare DemoCreator is said to be the best alternative software to HitFilm Express. The program is simple to use and is much more affordable than HitFilm Express. In addition to this, the free version of DemoCreator offers much more advanced features for video editing as compared to HitFilm Express, such as transitions, green screen, and other amazing editing features. It is an easy-to-use tool designed for users to create video presentations, tutorials, or record gameplay, demonstration. 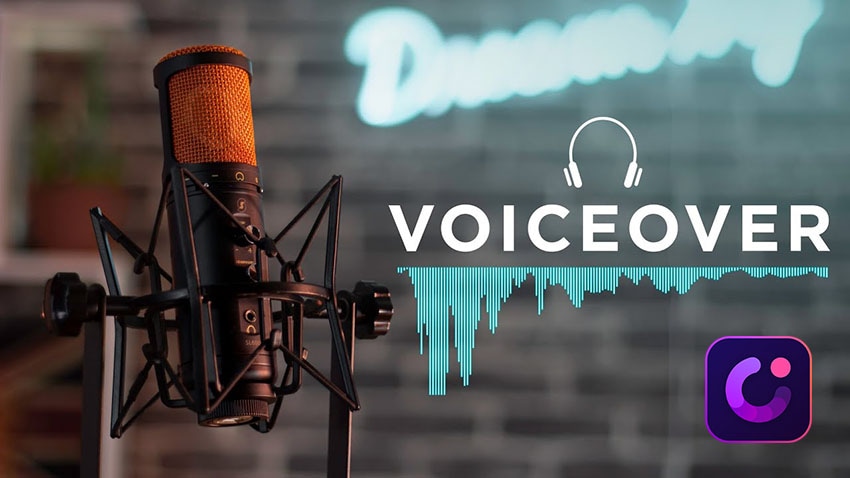